Inspired by the novel Golden Poppies by Laila Ibrahim

The Fifteenth Amendment to the U.S. Constitution, ratified in 1870, guarantees the right to vote despite race, color, or previous servitude. In Golden Poppies, author Laila Ibrahim explores the story of continuing racial prejudice in 1890s America. The plot revolves around two families, both headed by strong matriarchal women who had lived together on a Virginia plantation. One was the plantation owner’s white daughter, and the other was a slave.

When the women meet up again in later life, Mattie, the black woman, is dying, and Lisbeth, the white woman, journeys with her daughter Sadie to Mattie’s bedside in Chicago. During this reunion, both Mattie’s daughter, Jordan, and Lisbeth’s daughter, Sadie, begin a friendship that parallels the trust their mothers had for each other. That trust comes to a powerful climax when Sadie runs to escape her abusive husband and turns to Jordan for sanctuary.

Told alongside the quest for American women to gain the right to vote, is the undercurrent of black women not being included in that struggle, due to the fear that black women would jeopardize the suffrage movement. This awakening realization emerges in the story.

The poppies entwined against a black and gold backdrop, with new growth emerging around the key figures.

Varnished and ready to hang 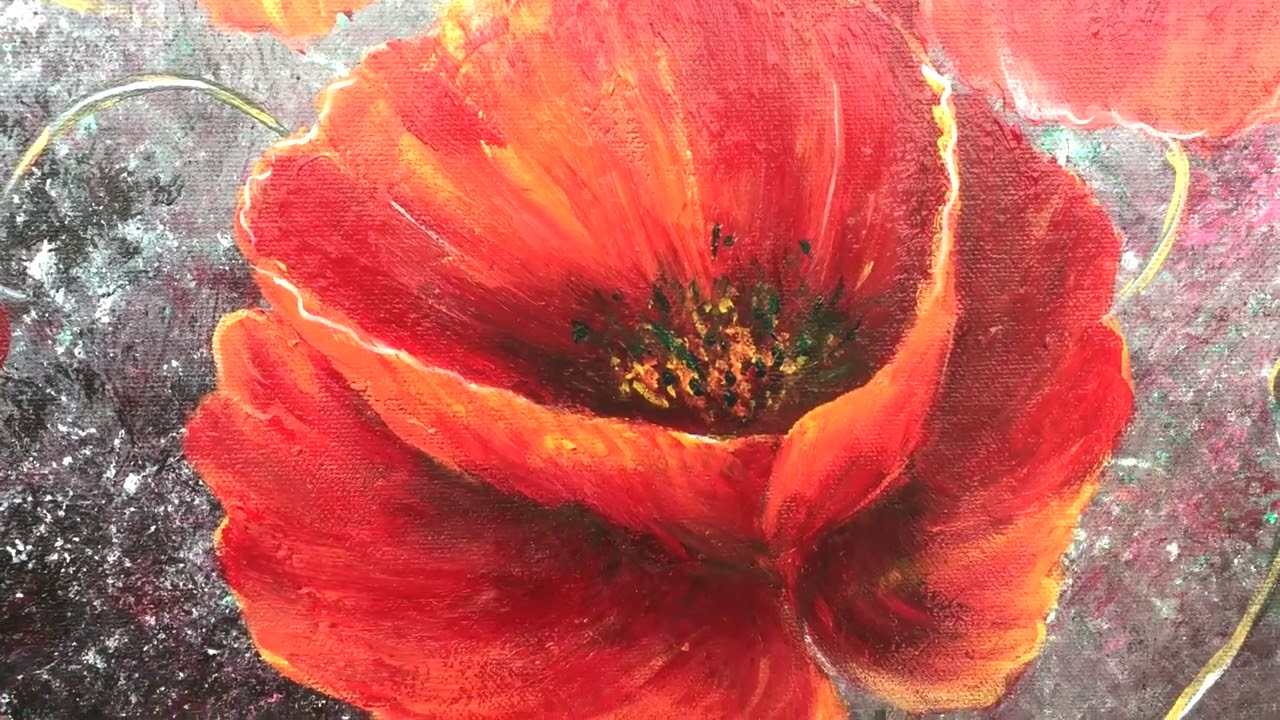